now moving to the fourth circle of hell – Arizona

Stabby has been a crazy busy psychopath Today. Well, I guess crazy and psychopath everyday but the rest just today. Yeah. Don’t even ask, I’ve been awake for three days and I’m not fully convinced this isn’t just some weird dream.

I digress. Stabby has legally relinquished the Pro-se right she always intended to relinquish as soon as she got this whole J4STabby thing sorted out thanks to Cha Cha Delarosa.
Goddamn people trying to steal her murder money. Lets see who actually has a dog in this fight.

Meet Jason. Stabby’s number one arch nemesis right at this particular moment. He is basically a piece of human shit in clothes. He is also Stabby art thrower under the busser and thief that is trying to steal stabby’s money. He seems to have peaced out so there may or may not be a gang of screwdriver wielding skateboarding ninjas looking for him. I can’t confirm but I don’t doubt anything at this point. 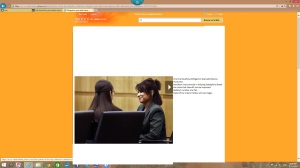 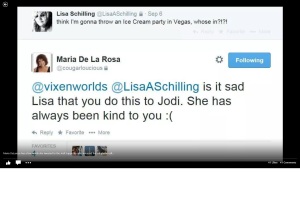 So, in a nut shell. A three way call that is not allowed was placed from Sherriff Joes Homey Don’t Play That prison. He got pissed, Stabby decided she isn’t Jack McCoy (If you don’t know who that is shame on you and google it) Fucktard Jason seems to have peaced out, and ChaCha and Lisa are debating about the Merits of an Icecream Party in Vegas. Did I mention we are all invited? Should be fun.

Nurmi is in for the ice cream party as long as it’s all you can eat. He said to tell you all that Death by Ice Cream sounds perfectly acceptable to him and it will save some money that he was going to spend eating himself to death at Golden Corral.

Nurmi’s Chair has gone into the Ikea Protection Program and all attempts at contact thus far have been in vain. Stabby’s Pencil is very worried. If anyone see’s him rolling around tell him Stabby’s pencil and RBMD said hey.

Stabby’s Bangs have made contact and tell me they are looking forward to the re-trial.

Stabby’s Diary is apparently pumping lead in preparation for the retrial. So buff Diary!! Good Job.

Stabby’s Pencil is just concerned about Nurmi’s Chair and doesn’t want to talk about it.

Stabby’s Multiple personalities have so far not returned our calls for comment.

Stabby is going for the record of most motions in order to delay a trial in the history of ever. She was in court and ask for a brief Ex-Parte which of course means Stabby wants another delay. Maybe you really can just delay a trial until you die of natural causes. Speedy trial be damned.

And please God let that be my last Stabby update of the day. I have to be in Pretoria for Whatever O’clock.

Sherriff Joe Vs The Volcano – Whatever, it fit, don’t judge me.

Insanity really is relative – Arizona
See What I did there? So, it is my day three of my never sleep again tour. I have stabby, I have Pusstorias, I have a bunch of other shit that may turn into shit that I am working on and now I’ve had the anti upped by one Film Maker and all the shenanigans at the JusticeforStabby website. I am drowning in crazy.

Before we get into the meat and potatoes of this blog, I have to give a HUGE shout out to The Juan Martinez Prosecutor Support Page, because they have been ferretting out stuff for me all damn night. If you are into facebook go check them out, it’s a good site for info on what Stabby and the Funky Bunch are up to. https://www.facebook.com/JuanMartinezProsecutorSupportPage

I always thought Sherriff Joe was a Misogynistic little prick with a mean spirit and a huge dose of delusions of grandeur on the side. I still do. However his crazy is relevant to my interests and I find that all the mean things I said out loud about him are still totally true, except now it involves Stabby so I can’t hate it. Damn you Sherriff Joe. (Not really Sherriff Joe, if you ran for office right now and I lived there I’d vote for you.)

See, Sherriff Joe has been in the closet for a very long time and he was afraid to come out. That made me think he was a weak little man. I was sooooo wrong. He stepped out in spectacular fashion the other day. Sherriff Joe was a closet stabby hater. No more. Bitch stepped out of that closet, locked the door and burned it down. All under the brilliant guise of what is best for the prison and Arizona and the population of earth in general. He wrote this. It may be the most eloquent fuck off and die letter I have ever read. I laughed, I cried, I hoped for a second page. It was however the last paragraph that made me love Sherriff Joe.

To put it succinctly. I am in charge, she is not. She can pretty much suck it if she thinks the whole world doesn’t realize what she is doing. I am sick of all her whining demanding bullshit. She is lying. I am peacing the fuck out. You are DENIED. The whole letter appears below in case you haven’t seen it. There are no doubt going to be several other blogs today. Pusstorius for sure, and more on Stabby and the whole mess that is J4Stabby.

Oscar Pistorius Should Have Just Blamed the Ninjas.

No! I am not shooting at an intruder in my bathroom Mi’Lady – South Africa

Hey kids. I’m back. I just want you to know that because I love you all so much ( and totally not because of persistent insomnia) I stayed up all night to bring you the verdict from the first trial I have ever had to have translated from English to English. And just for the record, if I hear mi’ lady one more time I will projectile vomit I swear.

Let’s recap mmmmkay? Poor Oscar Pistorius is apparently a complete pussy. I mean a 10 on the Richter Scale pussy. And a dick. Just sayin’. Which probably explains why he can run so fast and has a penchant for automatic weapons. So anyway, Oscar and his beautiful girlfriend Reeva were at his house on Valentines eve. While moving a fan because he was still awake because the blue light as opposed to any other light on the amplifier was bothering him, Pusstorius (yup I went there and I’m keeping it) heard the boogey man or bigfoot or some shit. Because in the universe I inhabit, calling security, you know, the ones at the security gate is just a stupid idea; he immediately tied a dew rag around his head, held onto a bowie knife with his teeth and went into Rambo Mode. After adjusting his night vision goggles he crept up on the closed and locked bathroom door, and because closed doors are just wrong man, he opened fire with an automatic weapon. He killed that door really good. It was as he was phoning his taxidermy guy that he noticed that Reeva was not in bed. Just in case the door wasn’t 100 percent dead, he decided to beat it to death with a cricket bat. It was not until he had totally killed the door that he realized Reeva hadn’t just magically vanished into the fog(see what I did there?) Oh my god a shocked; SHOCKED I tell you, Pusstorius said. REEEEEEEVA! He picked up his girlfriend and carried her downstairs because why the fuck not. Maybe the light down there was better or something. Anyway, Reeva was quite dead, and since the zombie virus is sorely lacking in South Africa she remained that way. Oscar swore vehemently that it was just a sad accident that it had been Reeva and not just some random person in his bathroom.

Now, as absolutely ridiculous as this whole story is, the prosecution still has some problems. The biggest one being that the cops in Pretoria seem to like shiny things. They stole some shit and that led to accusations of evidence tampering because Pusstorius knew his story stank like really good limburger so he needed to muddy the waters.

I have analyzed every statement Pusstorius has ever made about this case and there are so many inconsistencies, changes and outright bald faced bullshit that it boggles the mind. He’s lying. I’m hoping that the judge saw through it. The South African Judiciary fascinates me, I’m really hoping it works.

Here is what it comes down to for the judge.

While we wait FOREVER, here are some things that should not exist – a Group called Pistorians. Obviously Pusstorius supporters, almost all women and probably some hot gay men. Someone tell me why we are not ruled by apes. Anyone? Bueller?

The Justice for Stabby web site – This is why we can’t have nice things.

Guilty on the gun charges, Guilty on the ammunition charges – Now Pusstorius’ explanation is being re-read into the record. Now we are reading war and peace into the record. Or something. I don’t know for sure I may have been unconscious from boredom. The Judge just actually read her punctuation into the record close bracket elipses. Annnnd a dog barked. IN. THE. COURTROOM. Fun place Pretoria. Not guilty of Premeditated murder. OMFG now we are taking an early lunch. It is 6:30 my time and I have been awake for way to many hours. The sacrifices I make for you guys.

Thank God Mi’Lady is back. I was getting concerned. Court is back in session. Pusstorius has failed the reasonable man test for negligent homicide. And the Judge stopped there and recessed till tomorrow at half past nine which in Pretoria is whatever o’clock. That’s it for this one today kids, guess I’m pulling another all nighter.

And a special shout out to my buddy Stabby’s Pencil for rocking the Casbah with me for most of this day of the verdict. If there ever is…a verdict….ever.